Familiarize yourself with the model, then assess the position of your organization with our quick test:

As organizations grow and age, they process through predictable lifecycle stages (patterns of behavior). Each stage brings increased organizational complexity as well as new and unique challenges. There are certain stages where the so far extremely successful operating mode – without radical changes – crabs further growth. How well or poorly leadership addresses the challenges and demands of each stage will determine the success or failure of the organization (based on Ichak Adizes lifecycle model).

The organization exists only as an idea, the focus is on dreams and possibilities. The primary goal of this stage is to build the founder’s enthusiasm and commitment to his or her dream by testing the idea on others. Ideally, the reality test is done by having experienced business people who ask tough questions especially in the marketing and finance fields. The higher the risk, the deeper the commitment needed. The organization comes to life when the founder and investors undertake risk.

The founder undertakes financial risk (such as he or she quits his or her paying job, signs an office lease, or promise to deliver a product on a certain date), and the nature of the organization changes dramatically from ideas to action. Sales and cash are needed to pay the bills. The organization can not afford too many mistakes, founder must keep a close eye on everything, so he or she centralize everything. Performance is inconsistent and vulnerable since there is a lack of experience and precedents. Infant mortality occurs when the founder loses his or her commitment or when the organization irreparably loses liquidity.

The cash, activities, and supplies have reached a certain level of stability, brand loyalty is developing, and production/service no longer presents daily crisis. The organization is not only surviving it is flourishing. There is a lack of focus, everything becomes priority, and extreme sales orientation develops. In advanced case, the organization outgrows the founder’s capabilities to implant his or her personal leadership style and philosophies. It is no longer a one-person show. If ownership and professional management roles can not be separated, the organization falls into the founder, family or fried trap.

During this stage the organization is emotionally reborn, it finds life apart from its founder or management that behaves like a founder. This rebirth is more painful and prolonged than the physical birth of Infancy. The organization is to create effective management subsystems and institutionalize (depersonalize) its leadership and entrepreneurship. The adolescence organization teeters on the brink of both success and failure. Premature aging occurs when in the severe infighting the organization loses its entrepreneurial component that gave it flexibility and the environmental awareness that provided its vision and driving force.

Prime is the optimal position on the lifecycle, when the organization finally achieves a balance between control and flexibility. The organization is guided and led by a message – a vision, its reason for being. The organization has institutionalized governance process, controlled and nurtured creativity, coalesced goals, conscious focus and priorities, functional systems and organizational structures, predictable excellence, growth in both sales and profit margin, organizational fertility, and intra- and inter-organizational integration and cohesion. The biggest challenge is to maintain prime condition.

Stable is positioned at the top of the lifecycle curve, but it is not the place to be. The organization has started to lose its flexibility, driving, generating force, desire to create something new, vitality and is aging. The organization is loosing the spirit of creativity, innovation and enthusiasm for change. More and more people are adhering to precedents and relying on what has worked in the past. When an organization first begins to age, the symptoms will not show up in its financial reports. In facts the opposite is true, a stable organization is often cash rich and has strong financial statements.

The effects of the steady decline in flexibility start to become more obvious in Aristocracy. The organization has neglected to pursue long term opportunities, its focus becomes increasingly short term. For the most parts, its goals are financially oriented and low risk. The organization is engaged in an operation of steadily increasing the distance between itself and its clients and decreasing the entrepreneurial spirit. With less of long term view, the climate of an Aristocratic organization is relatively stale. There is silence that precedes the storm. People are smiling and handling one another with kid gloves.

The organization is unable to reverse its downward spiral, revenue declines, market share steadily contracts, and the artificial repairs finally stop working. The results are inescapable and undeniable. Management’s mutual admiration society dissolves, which hunt begins. Organization in this stage focuses on who caused the problems, rather than on what to do about them. Managers fight each other, the organizational performance continues its relentless decline, and the paranoia intensifies. Talented people, objects of fear and distrust, either get fired or leave. The organization ends up bankrupt or becomes a full fledged Bureaucracy subsidized by the government.

Although it should be dead, the organization in Bureaucracy is kept alive by artificial life support. It is the third birth of the organization. Focusing only on rules and policies, the organization is incapable to generate sufficient resources on its own. It justifies its existence by the simple fact that it is the interest of another entity to support it. A bureaucratic organization is disintegrated, worships the written words and runs on ritual, not reason.

Organizational death occurs when no one remains committed to keeping the organization alive.

WHAT OTHERS SAY ABOUT US 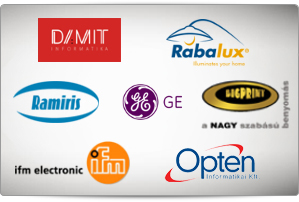 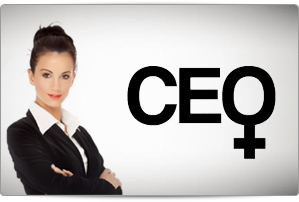